Review of Sonoma Cider’s The Wimble, a gose-style cider with rhubarb.  Gose is a German style of beer characterized by its use of salt.  Its my first time trying The Wimble, but I’ve had Sonoma Cider’s Hatchet, Pitchfork, Washboard, Anvil, Crowbar, Pulley, Dry Zider, and Dry Fuji. 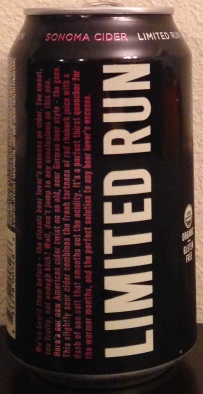 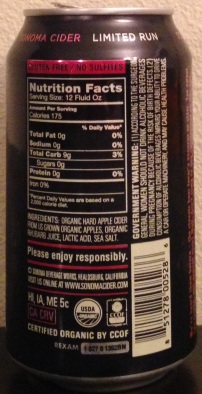 Availability:  semi wide release, but it is a limited run

Cider Description:  The Wimble is our cidery take on “gose” an ancient German beer style.  Tart, briny, and eager to please.

Cidery Description:  Our story officially began in 2013 through a unique father and son partnership. Sharing an entrepreneur’s curiosity and deep passion for beverages, David and Robert Cordtz set out to reinvent the cider category. David, a celebrated cidermaster and winemaker, has had a nearly lifelong passion for beverages made from naturally grown and harvested ingredients. He has been lauded for his highly refined palate and ability to create unique and high quality flavor profiles. His son, Robert, has been learning the business of beverages from his veteran father for as long as he can remember. In creating Sonoma Cider alongside his father, Robert brings a fresh perspective, a knack for creating things, and is fond of questioning the status quo. As VP Operations and Cidermaker, Robert’s creative streak keeps his dad on his toes as he is constantly infusing new approaches and ideas to the business. Together they make Sonoma Cider anything, anything but run of the mill.

Price:  ~$2 / single can
Where Bought:  Special Brews in Lynnwood WA
Where Drank:  home
How Found:  Browsing 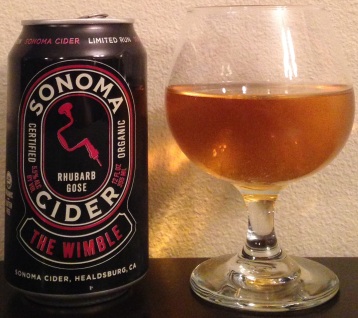 My Opinion:  I wasn’t a huge fan, but I liked it more than I expected.  The brine flavor wasn’t overwhelming, and it had a mild fruitiness.

Most Similar to:  Other gose-style ciders, such as from Seattle Cider, Gose and Plum Gose.

Closing Notes:   If you want a truly dry cider which is unique but doesn’t have an overwhelming flavor, you may like this one.  My favorite Sonoma Cider however remains The Anvil, their Bourbon-flavored cider.

Have you tried Sonoma Cider’s The Wimble?  What did you think?