Review of Crispin Bourbon Char, a bourbon cask aged cider with smoked maple syrup.  It is my first time trying this, although I have had their Original, Pacific Pear, Blackberry Pear, The Saint, Bohemian, Honeycrisp, Venus Reigns, Steeltown, 15 Men, and Browns Lane. 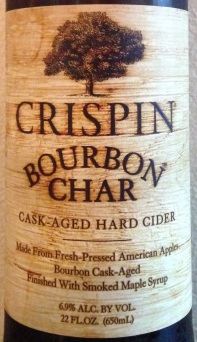 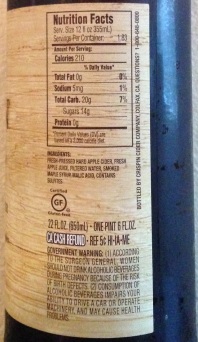 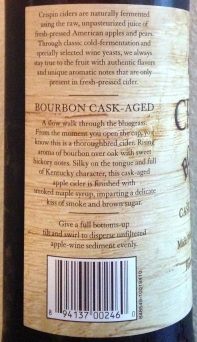 Cider Description:  Rising aroma of bourbon over charred oak with sweet hickory notes. Silky on the Tongue and full of Kentucky character, this cask-aged apple cider is finished with smoked maple syrup, imparting a delicate kiss of smoke and brown sugar.

Price:  $8.50
Where Bought:  Bushwhacker Cider in Portland OR
Where Drank:  home
How Found:  I had heard of this when it came out in October 2016, but hadn’t been able to find it in Seattle. 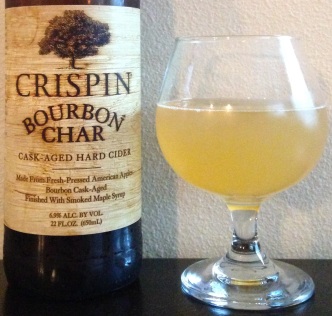 My Opinion:  I enjoyed this.  However, I was hoping for a more intense bourbon, oak, and maple profile.  It had more honey than anything else for me.  It was expectedly slightly commercial (not as refined) tasting.

Most Similar to:  Crispin The Saint and Crispin 15 Men

Closing Notes:  This was pretty on par with my expectations.  It is always nice to try new ciders.  I think better quality cider can be had for the money.  However, a lot of folks don’t have access to craft cider, and for them, this would be a good option as a step up from their regular line of ciders.

Have you tried Crispin Bourbon Char?  What did you think?