Skip to content
HomeCider Summit Seattle, 218 Ciders Paired Down to a List of 33 I Want to Try

The countdown to Cider Summit Seattle continues!  Last week they released their list of cideries & ciders.  I count 218 ciders.  I spent several hours making a spreadsheet of them, researching, and prioritizing, as unfortunately it will be impossible to try them all (and would be cost-prohibitive at $2 a taste).

I decided to choose ciders that were more expensive, rare, not available here, and of course, likely to be to my tastes.  I ended up with 33, which sounds doable over two days.  I was surprised how many cideries I haven’t had a chance to try anything from.  I also have some second tier options, even after eliminating those I’ve tried before and didn’t sound interesting, but I kinda doubt I’ll get to them! 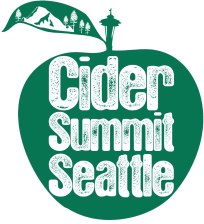 Attila Hard Cider Co.:  Rapture  (I have their Scourge of God at home to try)

Neigel Vintners (NV) Cider:  Cherry Perry  (I’ve tried a couple of their perries, and even had an interview with them)

Dragon’s Head Cider:  Traditional, Manchuian, and Pippin  (I have Wild Fermented at home to try)

Eaglemount Wine and Cider:  Homestead Dry  (their Quince is amazing!)

Finnriver:  Cyser, Country Peach, and Cacao Brandywine  (I have never seen any of these in stores but I’ve tried several of their ciders)

Millstone Cellars:  Farmgate Dry  (I want to give them another try after not caring for Cobbler)

J.K.’s Scrumpy:  The Pair Perry  (their Northern Neighbor is pretty good; this one doesn’t appear to be sold in my area yet though)

Snowdrift Cider Co.:  Perry and Cliffbreaks Blend  (I love their Cornice and Red)

Whitewood Cider Co.:  Kingston Black Whiskey Barrel Aged  (I’ve heard this is good but isn’t out in bottles yet; I wasn’t a fan of their Summer Switchel though)

Has anyone tried any of these ciders?  If you are going to Cider Summit Seattle, what do you plan to try?

4 thoughts on “Cider Summit Seattle, 218 Ciders Paired Down to a List of 33 I Want to Try”