Review of Vohu Vein AS’s Scandinavian Cider Apple Semi-Dry, from Estonia (in Northern Europe, on the Baltic Sea).  I’ve never tried any of their ciders. 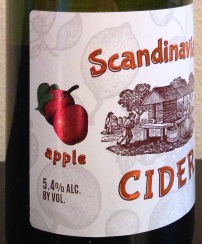 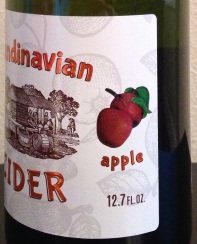 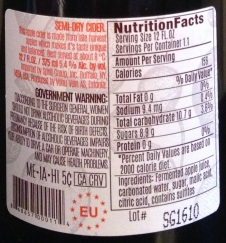 Price:  $9.99
Where Bought:  Whole Foods in the Seattle area
Where Drank:  home
How Found:  Browsing.  I had never seen or heard of it, and was intrigued enough to pick it up, despite it being a four pack (I usually go for single bottles, and many bottle shops in my area even split multi packs). 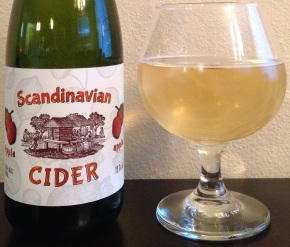 My Opinion:  I started off thinking this was fairly average (and I had been hoping for more richness), but it grew on me, and I ended up really enjoying it.  The flavor is fairly simple, but more intense than typical for semi-dry ciders.  The ingredient list is a bit disappointing though, as it seems like they use apple juice concentrate (although that is the norm in Europe), sugar, malic acid, and citric acid.  I drink what I like though.

Most Similar to:  Other apple-forward semi-dry ciders with higher carbonation.  I can’t think of any off the top of my head though, as most U.S. ciders are low carbonation due to the tax bracket.  Its a bit like French cider, but the flavor isn’t as rich.

Closing Notes:   This is a unique cider.  From their website it appears they make it solely for import into the U.S., which seems unusual.  It seemed well priced, especially considering they had to import those heavy bottles.  I’m surprised they didn’t do single bottles.  They also make a pear version, but I only saw the apple at Whole Foods.

One thought on “Vohu Vein AS Scandinavian Cider Apple Semi-Dry”