Review of Vizo’s Organic Apple Cider Green Apple.  It is my first time trying anything from this cidery. 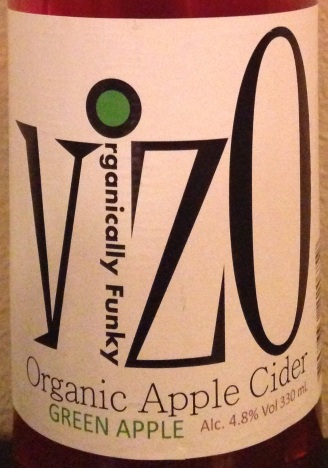 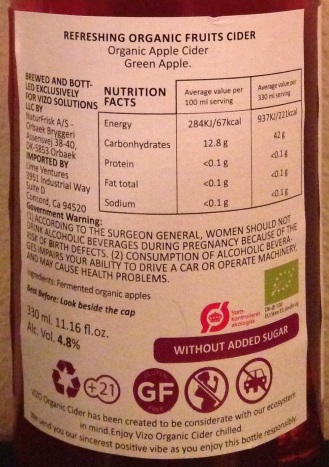 Cider Description:  Take the classic cider and now imagine a zest of aroma and flavor of green apple with a clean finish, Vizo’s Green Apple is that cider. Beneficial to both health and well-being, the taste and freshness of the traditional and the well-known fruit is outstanding.

Cidery Description:  The aroma of our cider is intense, fresh and with a slightly floral background. Vizo Organic Hard Cider perfectly combines sweet and tart apples in order to enrich the flavor, leaving a pleasant, fruity and  refreshing aftertaste. Made from Danish organic apples with just the right touch of elder-flower, forest fruits or green apple flavor. It is a seamless amalgam of flavors, with no sugar or additives, resulting in a 100% natural drink a craft cider like no other. 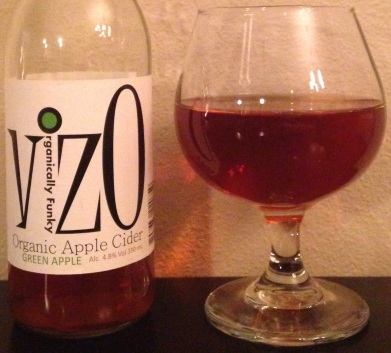 My Opinion:  I liked it, although it was a bit too sweet for my liking.  The color confused me, as from that I had assumed it was made from cider apples, but the flavor didn’t support that theory, as it tasted like typical cider from dessert/supermarket apples, although richer.  I’m also surprised they called this ‘Green Apple’, as it didn’t have that flavor, only a bit of tartness with the rich profile.  It doesn’t list color as being added though, so maybe they just use a different process which retains more color than a typical clarified American apple juice or hard cider.

Most Similar to:  Woodchuck Barrel Select but without the barrel & bourbon flavor, Locust New England Amber but sweeter and less complex, Locust Sweet Aged Apple with more caramel than honey & brown sugar, or Spire Dark & Dry but more caramel then molasses and no malt

Have you tried Vizo cider?  What did you think? 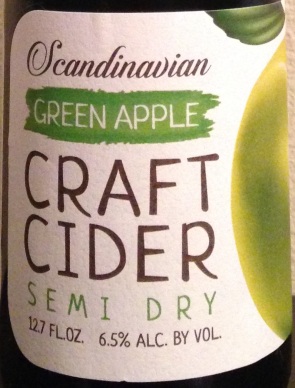 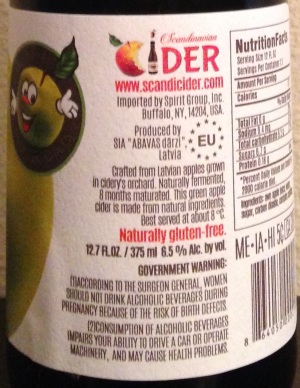 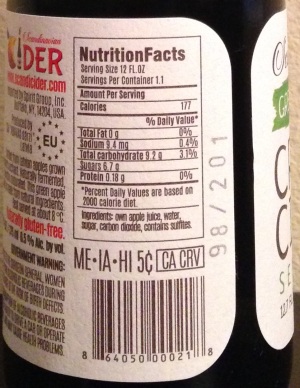 Price:  $4.99 (this has greatly increased in price since I bought a four pack of the original variety for $9.99; however, my local Whole Foods now only sells single bottles for $4.99)
Where Bought:  Whole Foods
Where Drank:  home
How Found:  Browsing.  I had previously tried the regular version of this cider, and although I’m not usually a green apple cider fan, I thought I’d give it a try. 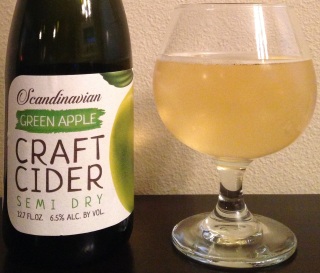 My Opinion:  Good, but not overly memorable.  I’ll admit this isn’t a style of cider I typically like (I preferred their richer regular version).  However, if you like a true sparkling cider and love the tart acidity of green apples, this is for you.  For how sparkling and acidic it was, I think it needed a bit more sweetness.  Oddly enough ciders typically leave me wanting more carbonation, but I think it was a bit overdone in this case.

Closing Notes:   This is a unique cider.  From their website it appears they make it solely for import into the U.S., which seems unusual.  They also make original and pear versions, but I haven’t seen the pear, and have only seen the origianl and green apple ciders at Whole Foods.  The green apple variety seems quite new, as there wasn’t even information on the cidery’s website.