Review of Wyder’s Pear cider (previously “Dry Pear”).  I’ve tried this before, but pre-blog.  I’ve also had their Reposado Pear, Raspberry, and Prickly Pineapple ciders.  They sent me a nice sampler of three ciders (plus a cool tote bag!), featuring new labels/packaging. 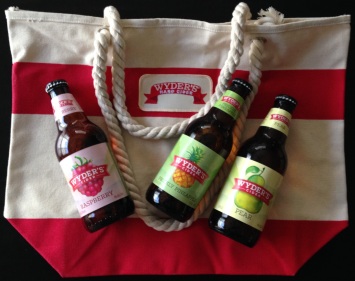 >>This is a review of a sample bottle provided to Cider Says by Wyder’s.  Although I will take care to treat it the same as any other review, there is always the potential for bias as I received it for free.  The only consideration I knowingly made was pushing this up in my cider review cue.  I love free stuff, especially cider!  Want your cider or cider-related product reviewed here?  Contact me.<< 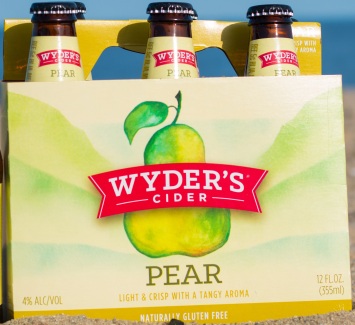 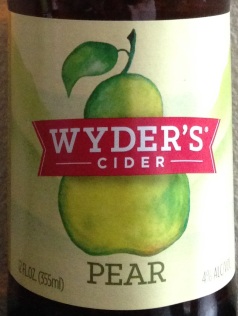 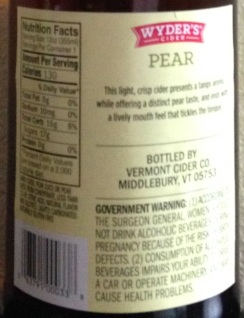 Availability:  wide release (in 40 states), year round (they have a locator here)

Cider Description:  This light, crisp cider presents a tangy aroma while offering a distinct pear taste, and ends with a lively mouth feel that tickles the tongue.

Cidery Description:  We have specialized in eclectic fruit-forward ciders for more than two decades. It’s a pretty hyper-connected world out there, grab a Wyder’s when you’re ready to unplug. Wyder’s wants to be a part of you finding the good in life and your Happy Place. We hope you enjoy, and bring us along!

Price:  n/a (although it runs ~$9.99 / six pack)
Where Bought:  n/a
Where Drank:  home
How Found:  Initially, browsing, although this time it just showed up. 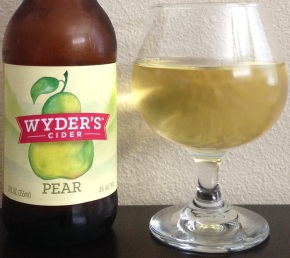 My Opinion:  I enjoyed it, and can definitely see why it is popular.  Its easy to drink and refreshing.  This would be a nice summer BBQ type cider.  It doesn’t really have any complexity though, and is slightly commercial tasting.

Closing Notes:  I’m glad to see they dropped the “Dry”, as it isn’t.  I think my favorite Wyder’s cider is the Reposado Pear (tequila barrel aged), which is one of the few ciders that pairs well with Mexican food.  Hopefully they continue making that one (it wasn’t included in this sample box).

Have you tried Wyder’s cider?  What did you think?